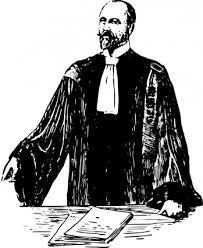 With this being the last in a series of blog posts regarding the judiciary, I believe it is fitting that we address Federal Court nominations and the increased politicization of the process. I have harped in numerous prior blog posts about my severe disdain for the “first past the post” two party system that currently has handicapped our American political system. Robert Bork’s nomination is the perfect case study to emphasize this issue. In my opinion, I believe our judicial selection process is undermined by the ever-polarizing ideological climate between the two dominant parties in our political system.

First, I would like to note that I do not agree with Judge Bork’s view on personal liberties and the constitutionality of the penumbra of privacy rights. However, his view that judges should use intent as the backdrop for judicial decisions is fundamentally sound. I have maintained throughout this course that I am a huge believer in legal realism, and that a judge should use his personal, social, and ideological beliefs in coming to a reasoned decision. The law is black and white in many regards; however, as this seminar has shown, actual controversies between cases hardly fit perfectly within a law purported to be controlling on the case at hand. Judges must be conscious of the real-world effect that their holdings may have, both on the parties and those similarly situated with similar claims pending. However, intent still should be the first viewpoint a judge considers. By looking at the intent of the creators of a law and how they viewed the law should be applied, judges will have a starting point that consistently narrows the backdrop a judge may use to make his or her decision. In this way, using intent as the limiting principle for judicial decisions would give judges leeway for injecting personal and social beliefs into their decisions, while at the same time limiting the expansive nature of the holding to what the original creators of the law intended. 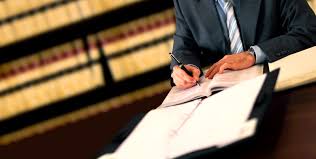 With that in mind, it is abhorrent to me to see what happened to Judge Bork. He had been very open about his judicial philosophies to the senate committee addressing his confirmation; but, instead of inquiring more into his philosophies, the committee attacked his prior work from over fifteen years before on his opinions regarding legal jurisprudence. It is much akin to me being attacked in a confirmation process for my opinions I divulge in these reflections. Our political atmosphere has made it a mortal sin to “flip flop,” or otherwise change our opinions on many sensitive political issues. In this way, parties are becoming polarized, and polarizing the beliefs of the American people in the process. Republi
cans will never admit that Democrats have some good arguing points, and vice-versa. We as the American people are held hostage by this polarization, having to commit ourselves to beliefs that our party holds even though we do not agree. 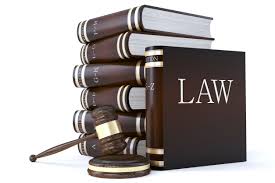 In the modern federal court nomination process, we see the process as an intensive vetting into a particular judge’s personal beliefs. In Bork’s situation, this undoubtedly was his conservative beliefs. For many of his beliefs, the committee, while accepting his  recantation of a belief as genuine, nevertheless used his prior beliefs as the reasoning that he can not be trusted as a Supreme Court judge.

After seeing what happened to Judge Bork, most potential appointments to the Supreme Court remain silent to their personal beliefs, in fear of being rejected for the nomination. This works the same no matter what ideology the judge agrees with. Would Republicans have confirmed Justice Souter if they knew prior to his confirmation that he had an activist view of the judiciary? If they knew he had many liberal views on judicial philosophy? Doubtful.

Again, I am noting that these partisan issues are not the product of the judicial

confirmation process evolving, but are brought on by the evolution of our political parties as a whole. The failure of our government to compromise and act with the feeling of bipartisanship has left the political system appealing only to the people advocating for its existence. The people who feel that both parties are right, and should work together, are faced with the Hobson’s choice of picking between the lesser of two evils. Would Bork have been a terrible Supreme Court justice? Nobody truly will know. However, to say that a man of his intelligence and stature is not “qualified enough” to be a Supreme Court Justice is, in my opinion, just silly. The time in American politics has come where your party affiliation means more than your race, history, gender, etc., and it is a disgusting thought to me. When the parties themselves are arguing over their divergent beliefs among core issues and trying to make people tow the party line, it makes me wonder if there is any free will in politics at all anymore.